Rewind: Ode to the Town Hall

Within the ethos of the town meeting is the important founding principle that political foes must grudgingly become partners as they engage conflicting ideas in order to govern. 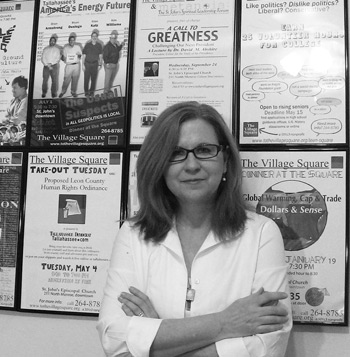 There’s nothing more quintessentially American than a town hall meeting. It’s how the business of American community has gotten done from just about the moment the first disaffected European foot hit ground in the New World.

Even if you’ve never attended one, the town meeting is buried so deep in our country’s psyche that you can probably immediately call up its intimate details – rows of folding chairs, town council up front with only a school lunch table to define their status, a charmless but functional meeting room. Someone probably saw to it that there would be coffee and cookies. Overachievers might organize a potluck.

Nowhere in the world is the town meeting more central to a nation’s story. There’s a legitimate reason for this, as it is a perfect manifestation of the fundamental shift from European monarchy to governance by and for the people. In this new country without a king to issue edicts, someone was going to have to make a few decisions.

To be sure, muddling through local governance issues isn’t our first choice on how to spend an evening. There are grievances that aren’t ours, people who drone on too long, chairs that occasionally are thrown in anger, and a tangled web of alternatives that can make even a wonky constable’s head throb. All in all, town meetings are pretty sloppy affairs. But then so is democracy. The messiness is a small price to avoid nasty kings with guillotines.

Within the ethos of the town meeting is the important founding principle that political foes must grudgingly become partners as they engage conflicting ideas in order to govern. But unlike our founding generation who had no choice but to roll up their sleeves and do the uncomfortable but necessary work of dealing with disagreement face-to-face, these days we’re having fewer conversations of substance with people who don’t see things our way. Bunkered up at home with our favorite websites and news station, it’s become so much easier to vilify the people we used to share our meetings with. It’s left us feeling less compelled to suffer through the vicissitudes of the town meeting.

In an environment of “tribal” information sources, local disagreements tend to be seen simplistically through the prism of the divide on national issues, as skirmishes in a countrywide partisan war rather than the unique and complex local situations they usually are. It’s our national dysfunction taken root in hometown America, and it’s not helping us make good decisions where we live.

So at the very time when we most need to bring our “A” game to solving civic problems, our conversations too often consist of stomping on toes, throwing sand, and various other playground antics. When a town hall meeting is held, it tends to become a venue for villagers with pitchforks (rude signs anyway) to vent their rage.

As we look at the tone of the civic debate we repeatedly return to the same truth: Washington is never going to fix this for us. If we want it to be different, it’s going to be neighbors like us in hometowns and campuses across the country who will have to get it done. It’s with people we share community with where we can have the messy, quirky, spectacularly American conversation of democracy.

We’re convinced it’s America’s ideal writ large when her communities are healthy and tended to. In fact, we hope that one day we can teach Washington a thing or two. In a country by and for the people, isn’t that exactly how it should be?

race to the movies

Race to the Movies: An Unflinching
Conversation on Race + Popcorn
Movie night can build unexpected friendships and
real conversations about things that matter.

A big problem +
a solution that works
The hostile tone of our national debate is a predictable result of the worrisome reality: we’ve essentially formed tribes.