Apparently when vein-poppingly angry people pick up their pitchforks and roll out a guillotine, they’ve been known to get it wrong from time to time. 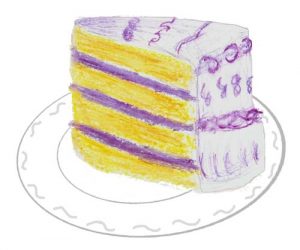 Seldom have four words ever brought such disastrous consequence to the person who uttered them, or so goes the legend of Marie Antoinette, “Let them eat cake,” and that nasty business of her public beheading. While a visit to modern day France finds Versailles proper positively dripping with the wretched excess history has assigned it, Domaine de Marie-Antoinette, the private residence of the French queen, tells a somewhat different story. Rather than the gilded surroundings the king’s riches would surely have afforded her, she built a likeness of a quaint Austrian village, complete with working vineyards and livestock.

Could Marie-Antoinette – symbol the world over of condescending wealth – be misunderstood? My trip to France last summer had me scratching my head and returning home to learn more about the queen we love to hate.

Apparently when vein-poppingly angry people pick up their pitchforks and roll out the guillotine, they’ve been known to get it wrong from time to time.

Turns out the words we’ve put in poor Marie-Antoinette’s mouth may have been spoken – if spoken at all – by the wife of a different King Louis decades earlier. And even if the doomed queen had said it, a familiarity with French law regulating the price of bread suggests she would have probably meant “let them eat expensive bread with less flour in it for the same price,” a rather generous and common sense suggestion during a flour shortage.

We do know that Marie-Antoinette said “it is quite certain that in seeing the people who treat us so well despite their own misfortune, we are more obliged than ever to work hard for their happiness.”

Apparently when vein-poppingly angry people pick up their pitchforks and roll out the guillotine, they’ve been known to get it wrong from time to time.

As uber-partisanship and the culture war have opened a gulf between us, we have been toting our own pitchforks lately. We’ve created opposing custom-ordered villains a la Marie-Antoinette, complete with oft-repeated misquotes, half quotes, and an occasional story spun of whole cloth.

In Revolutionary France, misinformation about the queen was fueled by the libelles – venomous slander-filled booklets produced by political opponents. Besting the distribution of French libelles, America’s present day incarnation sends distortions by email clear across the universe tout de suite.

Even as Americans are called to other countries to handle the fallout of ideological hatred gone to seed, we have a homegrown and thankfully only verbal – version of what journalist John Marks calls “wars of absolute dichotomy” brewing, fueled in part by a lot that we’re getting plain wrong about each other. 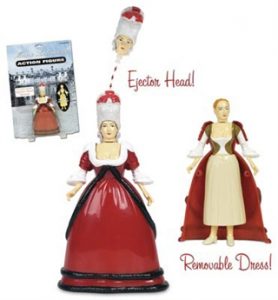 On the queen’s behalf, I’d add “the utmost in factual accuracy.”

If we’re going to bring the best of America to bear on the big problems ahead, we can ill afford the cartoon version of a civic dialog that neglects the real consequences of creating fictions rather than grasping facts.

Marie-Antoinette met her end at Place de la Concorde, Revolutionary France’s version of our televised public square, where her beheading earned the eighteenth century’s equivalent of high Nielsen ratings. Whether or not she had it coming, most of us would like to think our decision-making has grown to reflect a higher standard in the couple of centuries since, regardless of potential for market share.

As we begin writing the history of what happens next in America, perhaps we can start by at least getting the quotes right. To do that, we might occasionally put down our pitchforks long enough to break bread with someone who doesn’t see it our way. Or, maybe, in a hat tip to learning the lessons of history, we should eat cake instead.

Only this time, make it purple.

Liz Joyner is Executive Director of the Village Square

Rewind: Ode to the Town Hall
Within the ethos of the town meeting is the important founding principle that political foes must grudgingly become partners as they engage conflicting ideas in order to govern.

Mr. Pibb +
Red Vines
A combination you might have never thought of
(and likely have the good sense not to try).