Political conversations between elected leaders are boringly predictable these days – representatives of the feuding sides refuse to engage in meaningful, respectful hard-fought disagreement and problem solving, preferring to imply foul intent and lob rhetorical grenades at “the enemy” for TV ratings (see cable news, any hour of any day, any day of the week). That’s what makes former United States Congressmen David Jolly and Patrick Murphy so thoroughly riveting, their conversations are refreshingly different – they think we ought to just roll up our sleeves and get stuff done, whatever side of the aisle you hail from.

Seeing such respect and affection between two people (sharing the same profound political differences as everyone else in America) is, to say the least, an inspiration…especially right now. We think Rep. Jolly got it exactly right when he said, “what I know is the dogma crushes all of us.” They’re in demand, so book them now….bring a glimmer of hope to your campus. 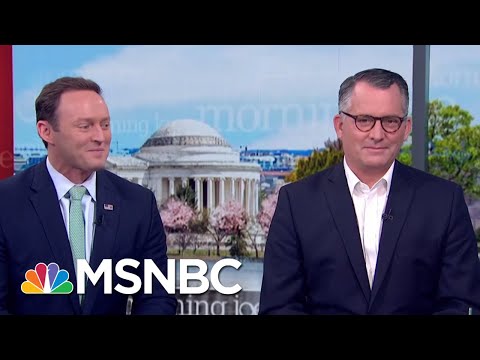 These former rivals defied the trend and actually worked together on issues which we’re told we’re intractably divided on.

Of course this put them both at odds with the status quo in their respective parties and possibly resulted in them being former Congressmen – but it also means they can now share the unvarnished truth with you about what’s broken and how we might fix it. Real life friends, they even once considered launching a bipartisan bid for Florida Governor + Lieutenant Governor. (We think that idea should spread coast-to-coast.) To get a sense of what we’re all up against, entrenched interests – you know, the ones who seem to love us divided and angry – threatened to sue them for running on a bipartisan ticket (no joke)!

Read more about their conversation “Why Gridlock Rules Washington” here. Listen to a radio interview:

The time-space continuum to consider: Both live in the Great State of Florida (so do we, so appropriate deference is required). Both spend a lot of time in the air.

Contact Karlie to learn about bringing Representatives Murphy and Jolly to your campus.