Both children of Haitian immigrants, friends since middle school –
Berny and Geston don’t agree on much politically,
except that they both love our country.

Amidst all the fierce debate about immigrants and refugees in America today, it’s remarkable how little considered are the voices, experiences and lives of those who have arrived in the U.S. in recent memory.

Friends since middle school, Berny and Geston are both children of Haitian political refugees who fled political instability that put their families at risk – with Geston’s parents arriving a little earlier than Berny’s.  Despite their friendship and shared family immigration story, they have reached very different conclusions about politics and social issues in the United States today.

What Berny and Geston have found in the space and differences between them, we believe, has a lot to teach the country they both dearly love. Berny is an former assistant state attorney named among “30 under 30 rising stars in Florida politics” who ran for Florida State Representative. Geston shares his message as a pastor and through song as part of the group Committed. 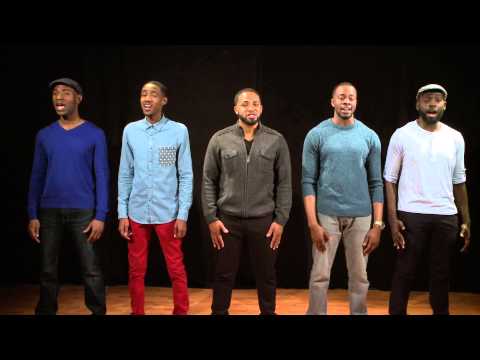 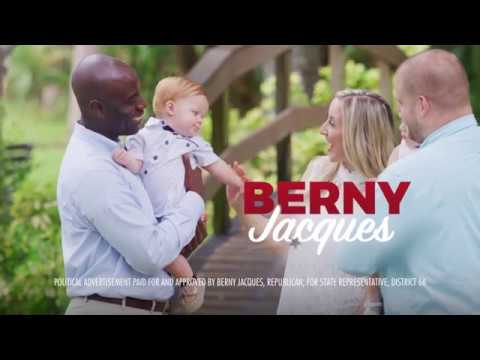 Berny Jacques: A Conservative We Can Trust

Berny on Geston. Geston is what you call a silent killer – a man of few words, but also great depth and substance. As a musician, minister and mentor, Geston has always been a man of many interests and talents. So his various successes, from the music industry to faith-based leadership, come as no surprise to me. He is an all around nice guy with a good sense of humor.

Geston on Berny. Berny is one of the smartest people I have ever met. He’s always been a great debater, and conversationalist. In fact, I just knew he was going into politics after a heated discussion during our middle school years. Also when he told me he would be the governor of Florida one day, I believed him and still do. He is a dedicated community leader and i’m very proud of all of his accomplishments.

A Little More About Berny and Geston’s Unorthodox Friendship: Berny & Geston met during their formative years of middle school, thanks to youth meet-ups at the same church in Naples, Florida. Reflecting on frequent conversations as they grew up together, Geston admits that “75% of the time we would end up disagreeing.”

As they got older and went their separate ways in college, Berny & Geston would occasionally text to congratulate each other on accomplishments…like when Geston’s singing group won NBC’s the Sing Off with his A Cappella group, “Committed” (true story – click here for proof!) More recently, Berny launched a campaign for the Florida House (“Go Berny!” texts Geston).

Rewinding a bit:  While Geston traveled the world singing, Berny went to law school – with plans to work with local law enforcement and domestic violence victims as an Assistant State Attorney.  Having been born in Haiti, Berny admits “it wasn’t easy coming into a new country and a new culture starting from the bottom rung of the ladder” – but sees the product of lots of hard work a “testament to the American dream.”

After graduating a Masters of Divinity, Geston went on to Pastor a church in Florida for a few years – at least until he started inviting his congregation to discuss some of the harder issues roiling America. Soon after he facilitated some tough conversations about the confederate flag and race relations with some of his members, he was politely asked to leave. Since relocating to the bay area, Geston has continued work as a pastor and community leader.  On the other coast, Berny loves serving as Director of Development for Big Brothers Big Sisters of Tampa Bay.

From their interactions over the years, one thing is clear: they definitely still disagree on a lot of issues, especially politically. But no matter! While they don’t see eye-to-eye on various issues, they both attest to having deep respect for each other. Unpacking these differences publically would be a “treat” for them – and an interesting reunion, over a decade in the making.

The time-space continuum to consider: Geston is in New Jersey. Berny is in Tampa Florida – with a friendship that spans the distance.

The investment to bring Berny and Geston to your school: $1,500 each for a virtual engagement, and $2,500 each for in-person events plus travel and hotel.