“We’re philosophically opposed [on important questions]
but we love each other.
What can I say?”

How would you feel about someone you love marrying a member of the political party opposite your own views?

If you’re like most Americans, it wouldn’t honestly be what you’re hoping.  Although most people in a 2014 study of political polarization said a mixed political marriage wouldn’t matter, only 5% in each party said they would be “happy” about it – with 22% and 19% of Democrats saying they would be unhappy with the prospect (compared with 9% of people who still say a mixed race marriage is a “bad thing”).

Okay, so what would it be like if you personally were in that mixed political marriage?

Compared with 39% of couples from different religious traditions, and 17% of mixed racial couples, only 9% of Republicans and 8% of Democrats say they are married to someone of an opposing political view (with 77% of people who are married or living with a partner reporting their spouse or partner was in the same party).

Maybe that’s why the 25-year-strong marriage of James Carville and Mary Matlin is so remarkable – a relationship Patrick Gavin at Politico once called, “The political world’s odd couple” and Randall Kenneth Jones referred to as “politics’ dynamic duo, the pair who have come to symbolize the ultimate marriage of left and right wing ideologies.”

One 2012 summary of their relationship (at their 19th anniversary): 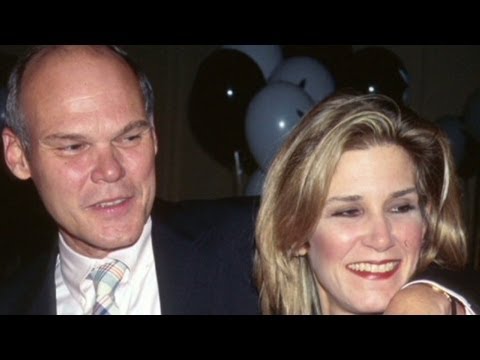 Mary Matalin on love and politics

In a society where marrying your political opposite has become more controversial than someone of a different religious or racial heritage, and where we’re losing political trust seemingly by the day, the example of their own love is uniquely moving and reassuring.

Fighting, loving, and fighting some more.

Whereas some might find passion across superficial political differences, James and Mary’s contrasting experience is as deep as it goes. On one hand, James ‘the Ragin’ Cajun’ Carville was the lead strategist on former President Bill Clinton’s successful 1992 presidential campaign – and was an active commentator on the left for many years after. By comparison, Mary Matalin served in both Bush administrations – first as campaign director for President George Bush, and next as assistant to President George W. Bush and Vice President Dick Cheney. She had previously worked as national voter contact director for Republican National Committee in 1984 for the Reagan-Bush campaign.

It was during their respective work on campaigns that they met in 1991 and were married two years later.  The husband-and-wife team subsequently became two of television’s best-known contributors – including as co-hosts of “Crossfire” for a period of time.

Tim Russert used to preview their appearance on “Meet the Press” like he was touting a boxing match: “Coming next, Carville … and Matalin!”

They now live together in New Orleans – teaching at Tulane and Loyola University, with a happy marriage that has outlasted political differences for 25 years.  Here’s a 2014 vignette on their relationship: 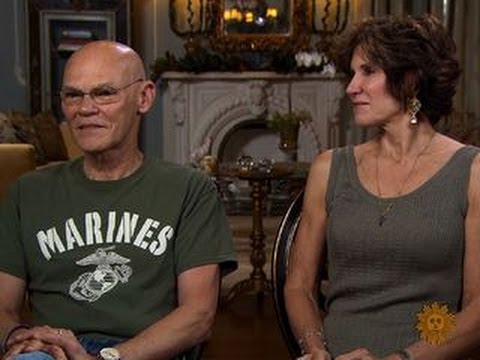 Carville and Matalin: Finding love across the aisle

And a Bill Maher segment the same year, entitled, “Can a Democrat be Married to a Republican?”

They have written about their experience in a book, “Love & War: Twenty Years, Three Presidents, Two Daughters and One Louisiana Home.”

As they admit in their book, the love they have doesn’t make their differences automatically easy to navigate.  For instance, in reference to the 2000 Presidential recount, James remembers, “The more tense things got in Florida, the more tense they got at home….The recount soured everything. It was a weird time in the country, and certainly a difficult time in our marriage.”

Despite remarkably fierce political differences, the commitment of their marriage has rested in two other things:  love and bigger common agreements.

Resting on our common, core commitments.

One of their secrets has been choosing to focus more on areas of agreement – especially the most important ones.  As one journalist summarized, James and Mary “have three things in common: their college-age daughters—Matty and Emma—and their hometown, New Orleans. Turns out, that’s enough.”

In one interview, Mary says, “Our marriage isn’t a democracy. We have a higher calling and responsibility to our family. Considerations in marriages are way different than considerations in politics.”

She elaborates, “Our core values are in sync; it’s just our ways to get there that differ. The thing we’re most at loggerheads about is if there’s a problem, he sees a government solution. I see sometimes a public-private partnership, but largely decentralized private solutions.”

Despite major differences, their marriage has thrived for many years.  In explaining why, Mary summarizes, “Our basic philosophical thrust about the level of government interaction is diametrically opposed, but our love for policy and politics and the need for informed citizenry and participatory democracy is the same. That we disagree on policy was tough, but it’s not one of those deal-breakers. We’re very practical in our local politics, and we’re philosophically opposed on the role and scope of government, but we love each other. What can I say?”

Affection deeper than the differences.

In their book, James writes, “I knew Mary was nuts a long time ago. But I loved her in spite of it — and probably because of it.” Later he writes, “I’d rather stay happily married than pick a fight with my wife over politics.” In an interview, James says, “We have an advantage over a lot of people because we’re in love with each other. You know, at the end of the day, that’s kind of a big advantage.”

So, what do they love about each other?

Mary on James: “I like that he’s relentlessly honest in the projects he chooses to work on. He’s ethical; he’s well humored; he’s rational. He honestly believes his opinions. What I most love about my husband has nothing to do with politics. He helps everybody. He’s a giant soul.”

And James on Mary: “She is very smart and very loyal. She has a really broad skill set. She almost likes to go against the wind.”

James notes that a person’s politics is not the sum total of attributes that make up his or her character – adding, “You don’t change anybody’s view of politics…You can only change their view of you.”

Swimming against the current.

As inspiring as all this is, such affection and appreciation for common ground is clearly harder and harder to find for most people – especially  because of what’s happening around us.  In one interview, James says, “There is a lot of acrimony and people talking through or at each other. But the public kind of demands it. Negative partisanship is pretty proven. It’s not so much that they like their own party, but that they detest the other party.” Mary adds, “Compromise has become an empty word — it means capitulation.”

Within this larger atmosphere, Samantha Durst has written “We need the political equivalent of couple’s therapy, and that’s essentially what James Carville and Mary Matalin” offer – suggesting that their relationship “show[s] that political differences are not an unscalable wall that only serves to divide us” – thanks to their own “very real example of people with different political views working and raising a family together.”

Beyond some external example like this, however, it’s not easy for many of us to find this in our own life. As James has pointed out, “Also, Democrats overwhelmingly live in cities and Republicans overwhelmingly live everywhere else….We don’t interact with each other because we don’t live in the same places. A lot of times I’ll give a speech to Democrats and I’ll say, “What can you do to help the party?” and my answer is, “Move.”

Furthermore, James adds, “I think constantly going to places that sustain your own point of view is a very damaging thing. I read a lot of conservative periodicals. Sometimes I’ll listen to talk radio. I don’t want to get stuck in a validating cycle, which I think is a big problem in America.”

As a result, it’s hard to understand why anyone would believe different than us.

Doing the work to understand (not agree).

But in one interview, Mary says, “There’s a reason we all believe what we believe — because we think it is right or we’ve seen it work.”

That empathy is something that comes naturally when you are in a loving relationship with someone who drives you nuts – a benefit they both admit comes with their marriage.  In one interview, they talk about how their love allows them to challenge each other’s belief system and, in turn, strengthen each other’s resolve.

Drawing some boundaries too.

It would be a mistake to think relationships across the political divide involve constant discussion of these disagreements, though. Thomas Jefferson used to famously direct dinner guests with opposing views towards topics not involving politics – as a way to find relationships that transcend them.

That’s a big part of James and Mary’s relationship too – something they learned by hard experience. As Mary recounted,“We formed a kind of a pattern. We got in such horrible fights over Iraq that James just decided we weren’t going to discuss it.”

When asked what example their relationship offers to America’s larger differences, James joked, “Well, I don’t know, because the way we deal with it is we don’t talk about it, which is probably not a good model to run a country. [Laughs.]”

More than mere avoidance, this involves coming to learn where someone is convicted – and then finding a way to be in relationship with that person regardless.  In another interview, James says, “It’s a learning process. Sometimes, you just have to understand you are going to disagree. …You just have to let things go.” And Mary said, “We pick our battles, so I guess there’s a lesson in that. You’ve got to give on things you don’t care about but stand pat on the things that you do.”

On a practical level, that involves drawing some lines in terms of discussions at home.  Mary explains they don’t often talk politics: “We have pretty vigorous and active lives. We like to fish. We like to cook. We like history. We like church. Talking about the impact of the minimum wage is just not something that is high on our list of fun things to do. We don’t mind talking about strategy and such and news of the day, but it takes its priority in relationship to what else is going on that day.”

One journalist summarizes their efforts to “keep their work and political beliefs in proper perspective” in this way:  “Politics is simply one part of a much bigger, glorious household picture.”

What would it mean to regain a “much bigger, glorious household picture” of the larger American family?  In what ways could we regain and restore affection across the substantial political divide in our country?  And what will it mean if we don’t succeed in doing so?

Whether we like it or not, we’ll all be finding answers to those questions in the years ahead.

Let’s see what we can do in our own spheres to help move our country in the direction that James & Mary lead!

To go deeper with this beautiful couple, here are two longer interviews to enjoy – here and here.